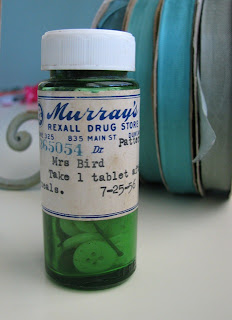 I ran across this vial in a large button bag I purchased at an estate sale a year ago. I love this bottle so much. In 1956, a Mrs. Bird was prescribed something to take after meals three times daily. She kept the little bottle and placed buttons in it. I have not opened this bottle. But she surely did. What was in it?
Mrs. Bird may very well have been in the kitchen wearing a wonderful little organza apron, baking cookies and making potato salad for the ladies auxiliary. Maybe she had a bit of dyspepsia from all that dough rolling and such and was taking a little something for that. 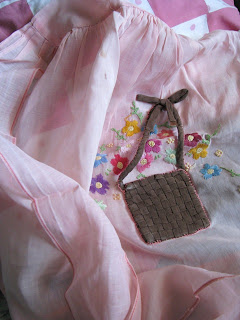 Perhaps Mrs. Bird was having a bit of arrhythmia from rheumatic fever she suffered as a child. Though sickly, she had a lovely childhood where her dearest mommie and she would spend time embroidering pillow cases where they would lay their dear heads at night. Wee girl needed quite a lot of sleep, but she was a pistil and didn't let her frailty get her down. She graduated high school and married Mr. Bird just after the war. They were raising their little clutch in their happy little nest known as home. 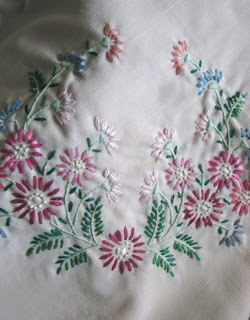 However, my first thought was that Mrs. Bird was using mother's little helper, something in the diazepam family. Valium, perhaps. Small enough to fit a month's worth in this wee little jar. Maybe she wasn't as gleeful as everyone had hoped over that Hoover for her birthday from Mr. Bird. Maybe all the chirping from those little nestlings running around the house, screaming for their next meal didn't fulfill Mrs. Bird as Better Housekeeping suggested it might.

Maybe Mrs. Bird was in a desperate situation of longing and lust for a neighbor with whom she shared coffee and lingering hugs.

Maybe Mrs. Bird had lost herself in the needs of others and found solace for a few minutes a day writing poetry no one would read. She eventually would throw away the poetry, give up on her dreams and slip into the comfort of what that little jar held.

She outlived everyone of the other ladies in the neighborhood. She buried Mr. Bird, finally, he had gotten so much kinder in his last years, trying to get into Heaven and all. She missed him. She finally gave up all the care giving and gave herself many joyous hours of reading and writing, and needlework, until her fingers could do no more. She teetered around in a garden wild and chaotic with roses and hydrangeas and viburnum. She rocked and thought of the lost years she happily let go. And she fell asleep dreaming of her mother's hands.... 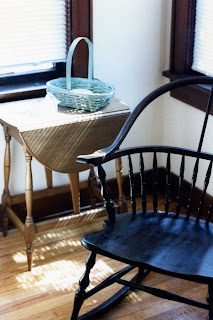 Posted by Robin Thomas at Monday, March 16, 2009
Email ThisBlogThis!Share to TwitterShare to FacebookShare to Pinterest