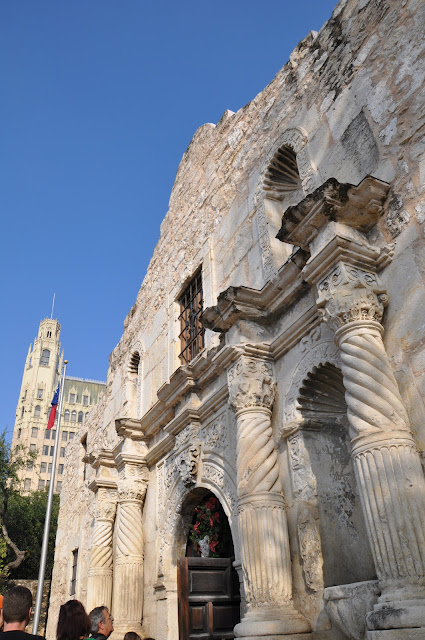 Where to start? I have been reflecting on this last year now that I really have firm footing, feel peaceful, rested. Yes. I spent the last week of the last year in San Antonio where my daughter was performing as part of the halftime show at the Alamo Bowl. The Alamo, where 200 soldiers and volunteers stared down a Mexican army of over 2000. Awaiting their fate. Hoping for rescue. Such a haunting place. A fit place for reflection.
The arc of last year was so beautiful and necessary. Last New Year's Eve we were homebound surrounded by several feet of rare Oklahoma snow. Mother so desperately ill. My daughter freshly 16, about to drive in this weather? I was a couple of weeks away from teaching a course I had not taught in a long time. I was facing the task of clearing out my mother's house. I was sure I would be burying her. I was sure I would never see my sister again after mother's death. I was unsure how I would do it all and be present for my daughter. I knew my husband would be on his own. 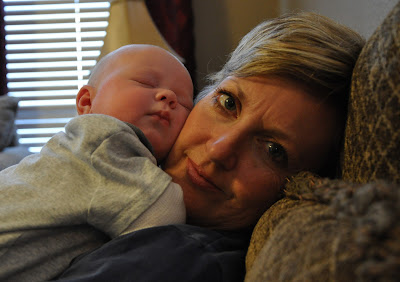 We all are born with a story. We are not born as blank slates, are we? Our families write on us who we're supposed to be and how we are to feel. When you hold a baby, you're profoundly aware all their potential. All the divinity in that soul. You know you started out that way. Hopefully you got loved and fed. Hopefully your upbringing let your own divine light continue to shine. Despite your parents best efforts when it doesn't, you, hopefully, find your way back to yourself, your true self. And hopefully that happens early enough in your life to enjoy it.
I knew since I was a very small child that I was the One. Out of my three siblings, I knew I would be the one to bring the trophy home for the team. I knew I would bury them all, and clean up all the bits. It is the birthright of everyone one of us to bury our parents. Not one of us escapes that. Unless the unthinkable happens and you die before them. Caring for mother this year and knowing her death was eminent was,after all a natural thing. Very natural as she was elderly and sick. I saw that coming. 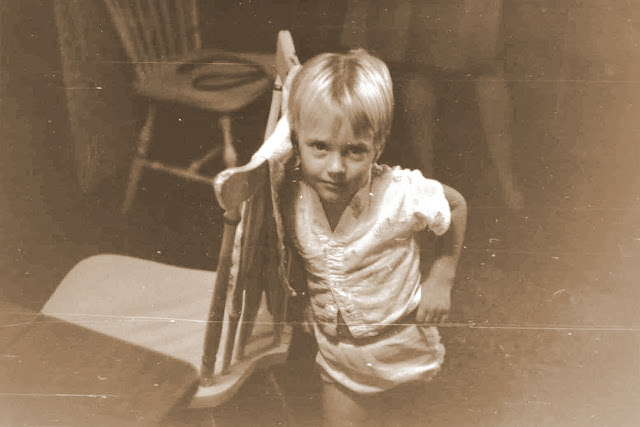 I also knew I would be left to clear her house. While she was not a hoarder, she lived there nearly 50 years. I was brought home from the hospital to that house. There was lots of stuff in there. I cleared it all out and sold her house within four months. I also was working. I also was caring for my mother. I also was taking care of a daughter. I also had a husband to ignore. I also lost my sister.
I looked forward to never having to see my sister again after mother died. The best thing I ever did in that relationship was give up hope. I gave up hope that she would start acting right. I gave up hope that she would stop swallowing all that medication, inappropriate drugs at far too high doses. I had held on to the belief she would come to and shoulder the load with me. I gave up hope of that. How freeing that was. She could just then be who she was, always was. I could stop having expectations of more. I could (mostly) stop being mad at her.
I did not know that she would hang up on my mother last February and never contact her again. I did not know I would stop seeing her before mother died. 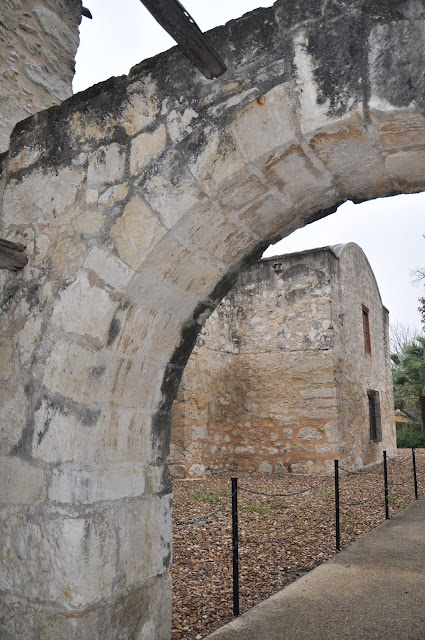 I watched my siblings cause deep pain to my parents as I grew up. My birthright was to do better. My birthright was to follow the rules. All my parents wanted for my brother and sister was to see them grow up, and be responsible. Well, I was going to do that! My birthright was to be funny, and smart and not move out until I got my first college degree. I did all that. My birthright was to be the last child standing. And I resisted that load of pressure every day of my life. Those expectations showed up as anger and anxiety.
That resentment came to its fullness while emptying mother's house. Most every item I picked up induced pain. Each move was full of scorching, acidic anger. It doesn't have to make sense. It doesn't have to be healthy. It was just so. I knew I would be left to do it. And then it was true. And then I was doing it. And I ranted, and raged through it. With no one there to help me. No one there to help me. Alone. Alone again. Alone always.
But I got it done. I got it done.
I knew growing up I would have to become my brother's keeper. I always knew it. And then I was doing and I was doing it alone. Alone. Me and my 53 year old severely afflicted brother.
But I did it. I got it done. 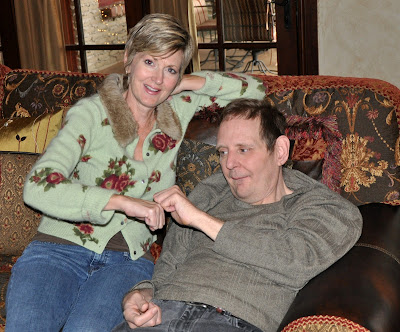 I knew I would never see my sister again at some point. I assumed it would be after mother died. But it wasn't. I had to grieve her loss as I knew I would. But I didn't do it alone. I had mother there with me. My poor sick, old mother, watching another child go. I wished I could have lost my sister alone.

I just knew my mother would not see her 84th birthday last year. Then February came and she was alive. I just knew she was going to die when at the end of May she was so weak and emaciated she had to be lifted for every move. She could not even shift her hips or her head as she lay in bed. I just knew she would going to die soon after she became a Hospice patient.
Her low weight was 84 pounds. Her hair gone, Her fingernails and toenails lost due to malnutrition. Increasing pain. Weakness. Loss, loss, loss.
But then, she began to swallow all the protein they were shoving at her. One day she lifted herself from a chair. Then the toilet. She could dress herself. She started to sprout hair and nails. I thought it was that rally before death. People even told me that. After all she was on Hospice. 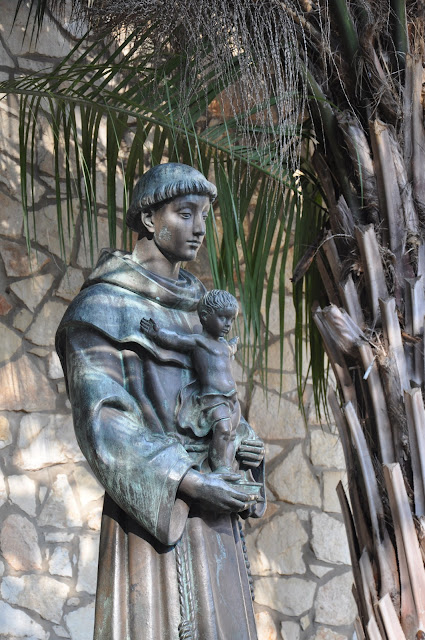 They kicked her off Hospice at Thanksgiving. Rather than dying with a chronic disease, she is now living with a chronic disease.
Last year I chose the word "receive" as my new frontier. I had worked for years on 'forgiveness' so I was giving myself years to 'receive' what is given since I usually resist and resent, see above and all previous posts.
Receive. That sort of sums up the year for me. All these birthrights I had because of my siblings where bestowed fully on my shoulders as I knelt at the altar of Mother. I didn't exactly receive them. I mean I had no choice, they were there. But I did face them, confront these things hanging over my head since I was a little blond haired kid. I have been just dancing as fast as I can. Trying to capture joy in my life. Feeling like dying. Wading through a constant pervasive sense of dread most days. And here was the climax. A reckoning. This last year, I did receive my birthright. 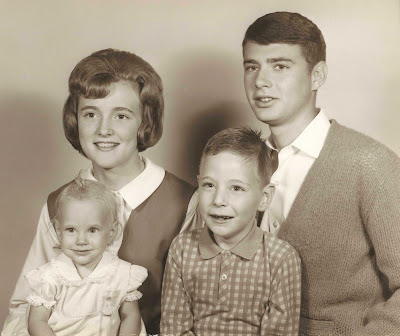 I have played the hand my siblings dealt me. I did not quit. I did get ugly, crazy. I did. But now something weird has happened. I feel pretty good. I like it. I haven't felt really depressed or even my normal daily reluctance to put one foot in front of the other for a few weeks. Just feeling pretty good. Not like dying. Like living. Thankful that I have a whole future ahead of me.
Something divine is showing. So it comes to me. I claim my life, my future. Time to shine. But in my aged, tarnished kind of way. You got that, right?
Also time to plan an 85th birthday party. Who knew?
Posted by Robin Thomas at Monday, January 03, 2011
Email ThisBlogThis!Share to TwitterShare to FacebookShare to Pinterest
Labels: care and keeping of Betty Jean, shine