﻿
Morning in the studio with Amy and Pam and the students. 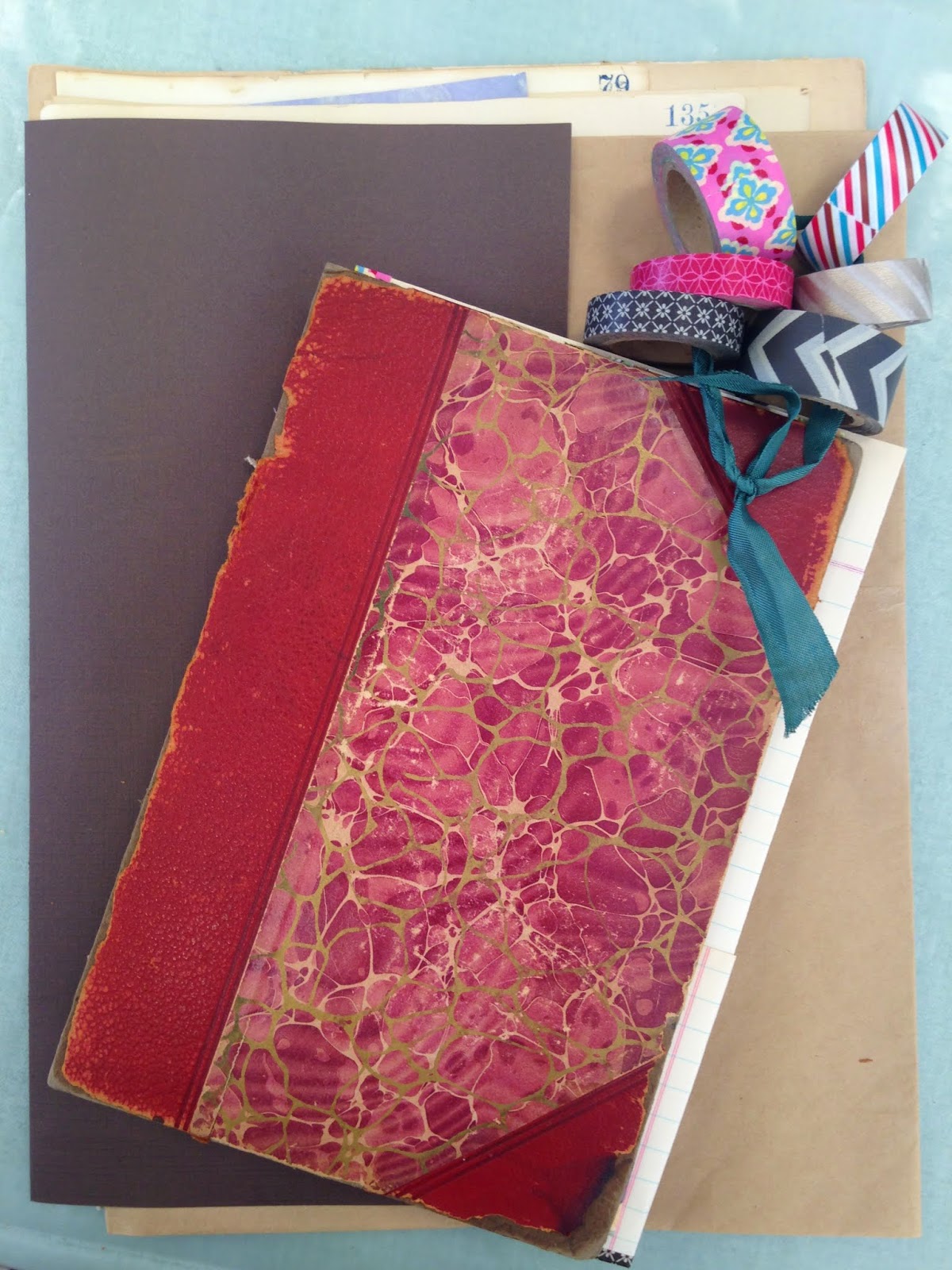 The book covers were part of a kit we had received while in the US that traveled with us to Italy. 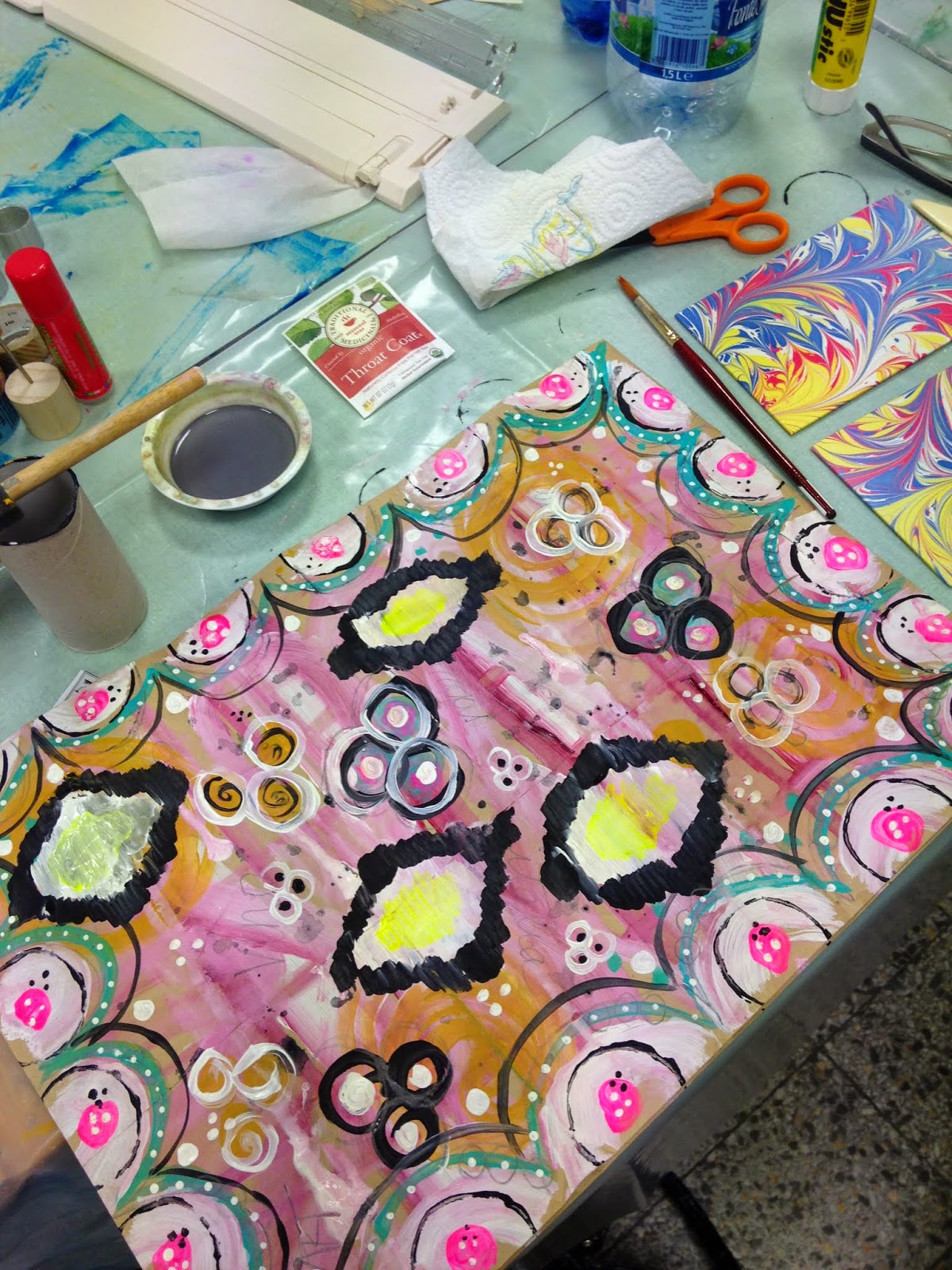 After lunch in the convent courtyard in the bright perfect fall air,
we walked to Il Papiro, one of the shops of Lamberto Bernadini.
He is a lithographer, artist, historian and paper marbler.
And more than a bit of a doll... 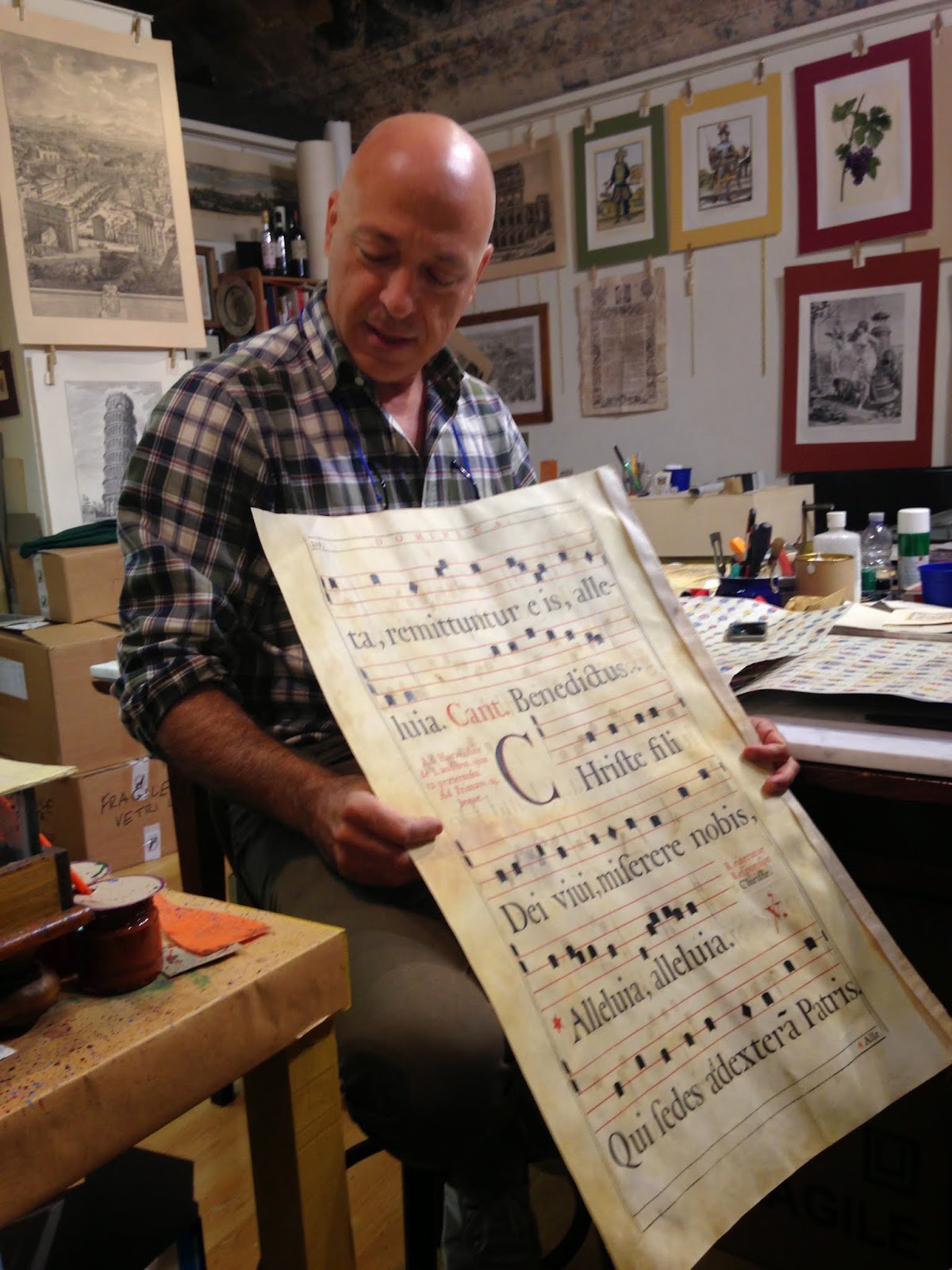 We received a history lesson on paper that wowed all of us.
This is his personal parchment paper book that is hundreds of years old.
Each page of parchment takes one sheep and a couple of months to produce,
then is painstakingly lettered. 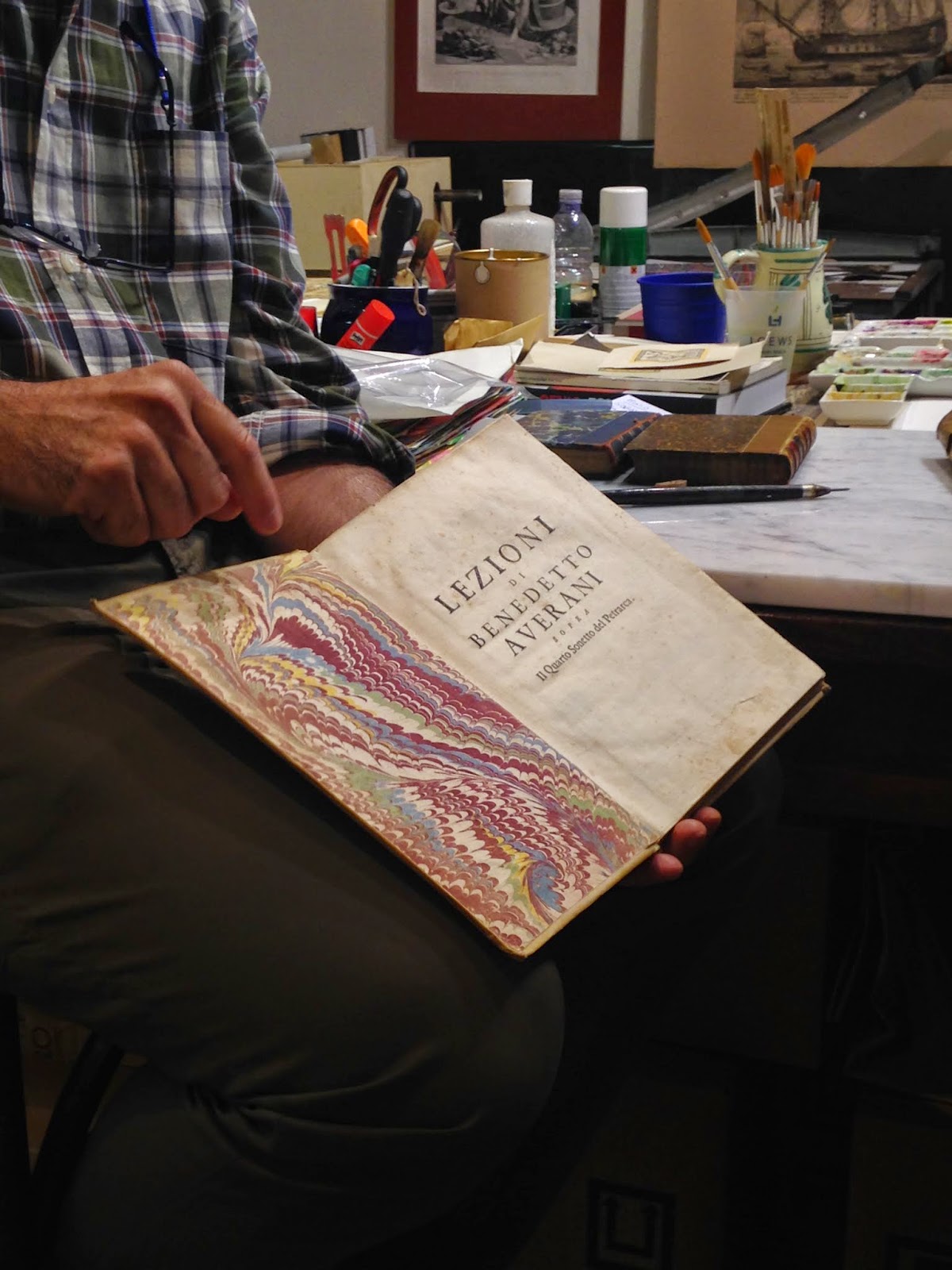 Paper production more familiar to us started in the Middle Ages.
His early example of a hand lettered paper book. 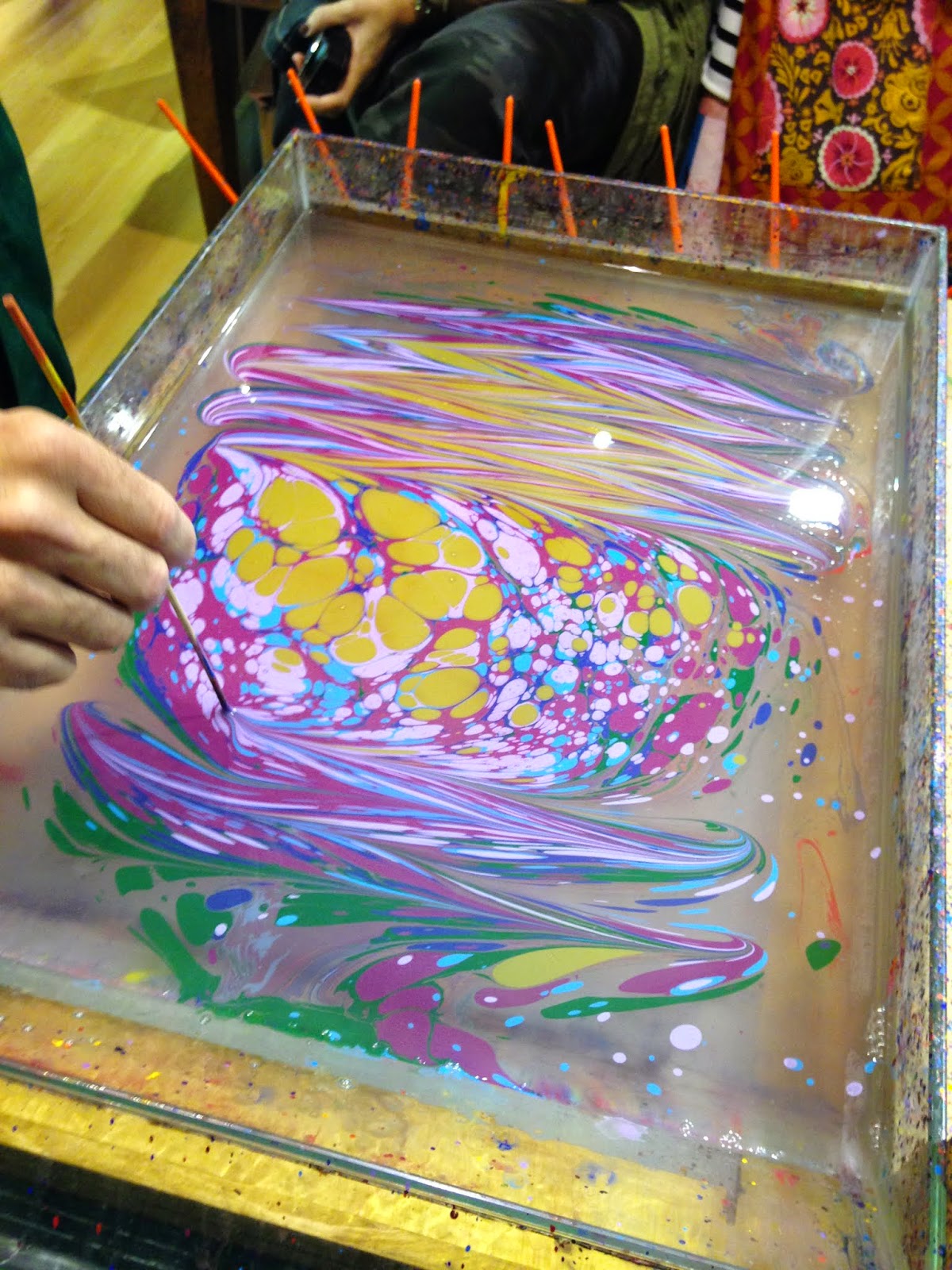 Then the magic of true Italian paper marbling... 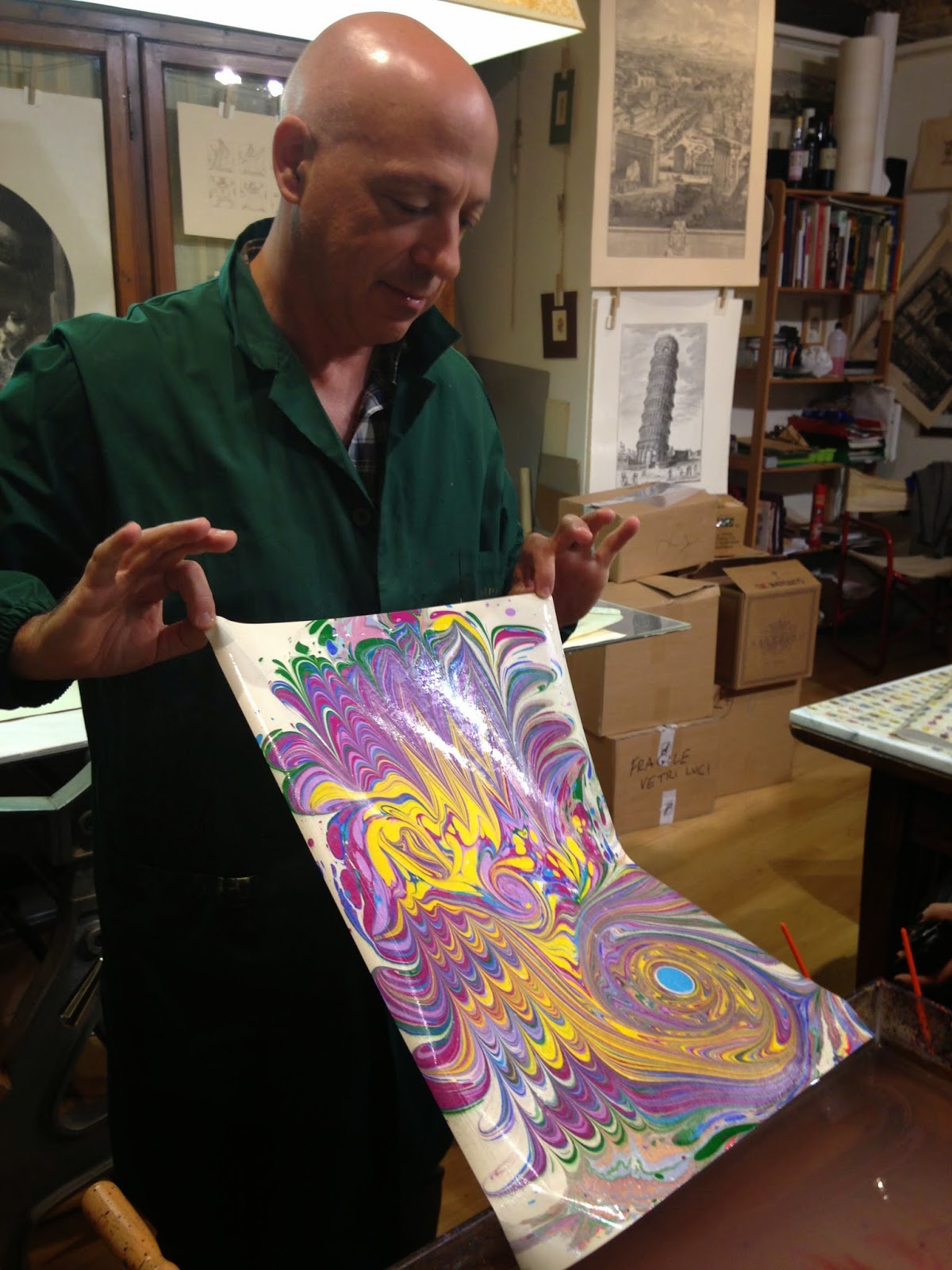 There was swooning and gasping... 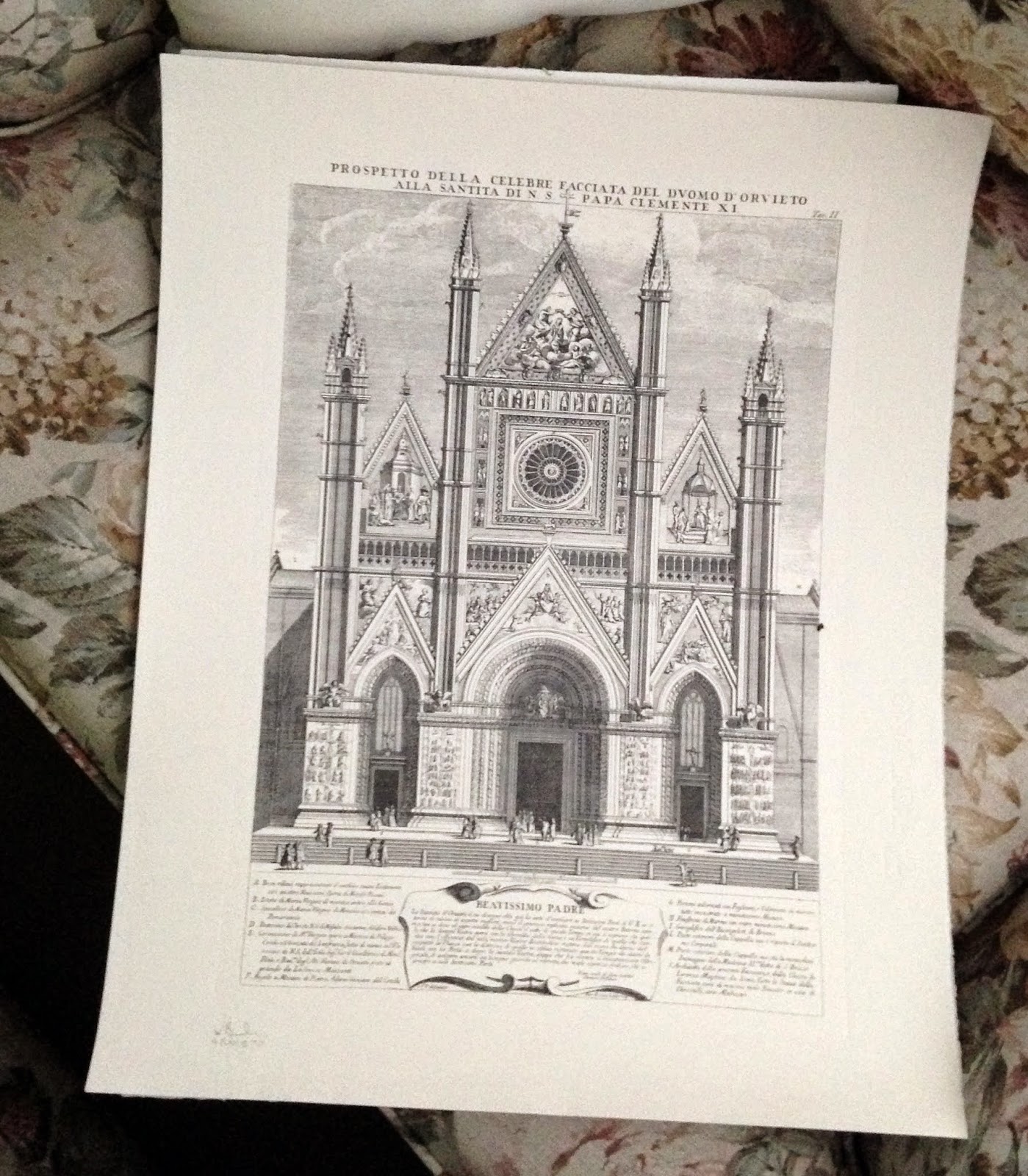 A piece I bought of the Duomo. 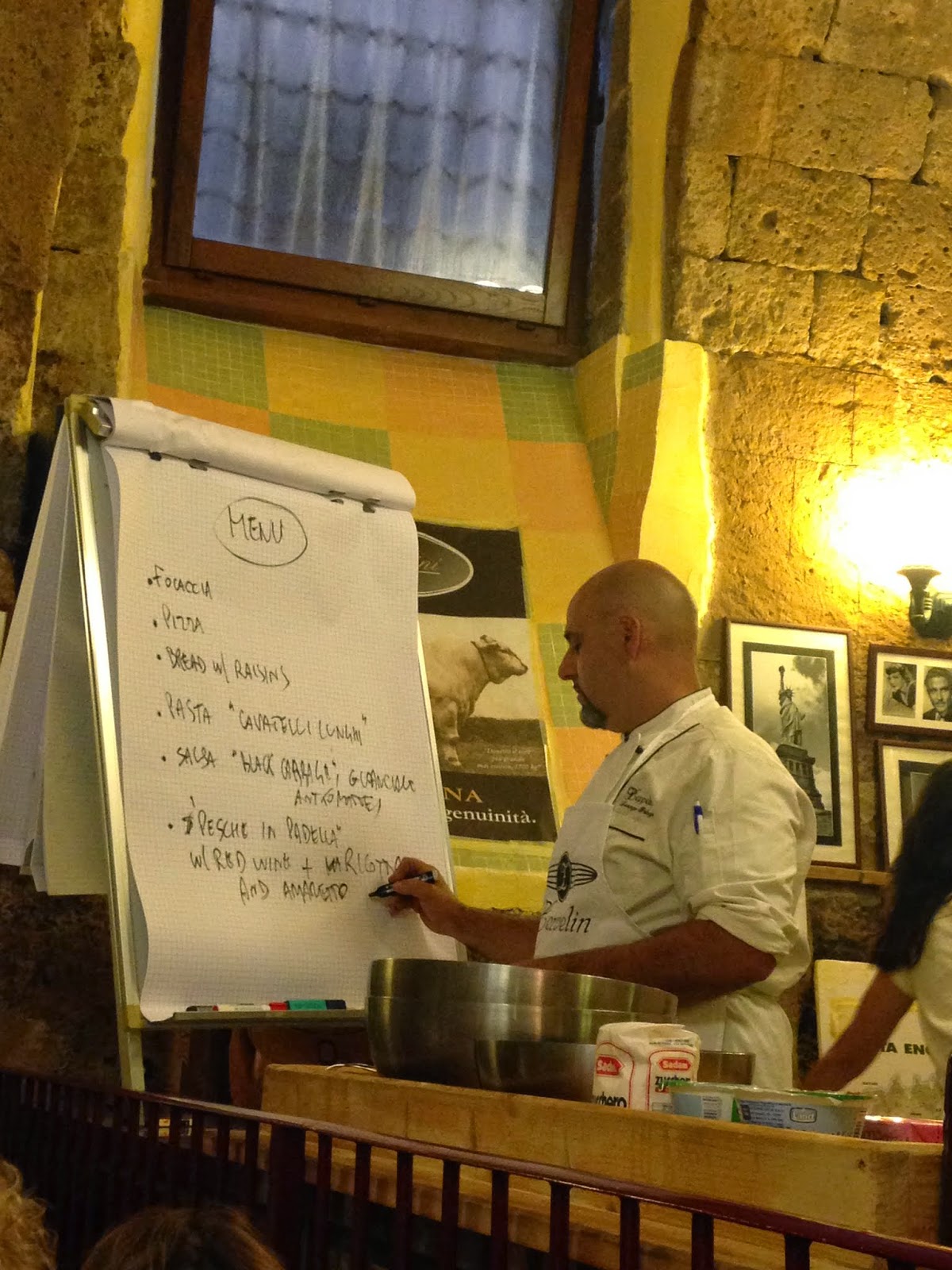 That night a full on multi-course cooking lesson bountiful of Orveito wine and ending with dinner service at Zeppelin Ristorante by James Beard chef Lorenzo Polegri.
Amy had a few questions for him.
He did answer her that he had never been to the US and she encouraged him to come sometime.
He has been invited to guest chef at the White House and was being humble and patient!
He is fun and vibrant and we laughed so much.
A day spent in the company of Italian men masters of their craft...
a girl could do worse.
What was really nice was the time to get to know the other women in attendance.
That was as much a part of the trip as the art or tours.
The stories that bring people to a once in a life time art retreat in Italy is varied
and the same at once.
to be continued...
Posted by Robin Thomas at Monday, October 13, 2014
Email ThisBlogThis!Share to TwitterShare to FacebookShare to Pinterest
Labels: adventuresinitaly, amyhanna, chef, italy, orvieto, PamGarrsion, paper, Zeppelin