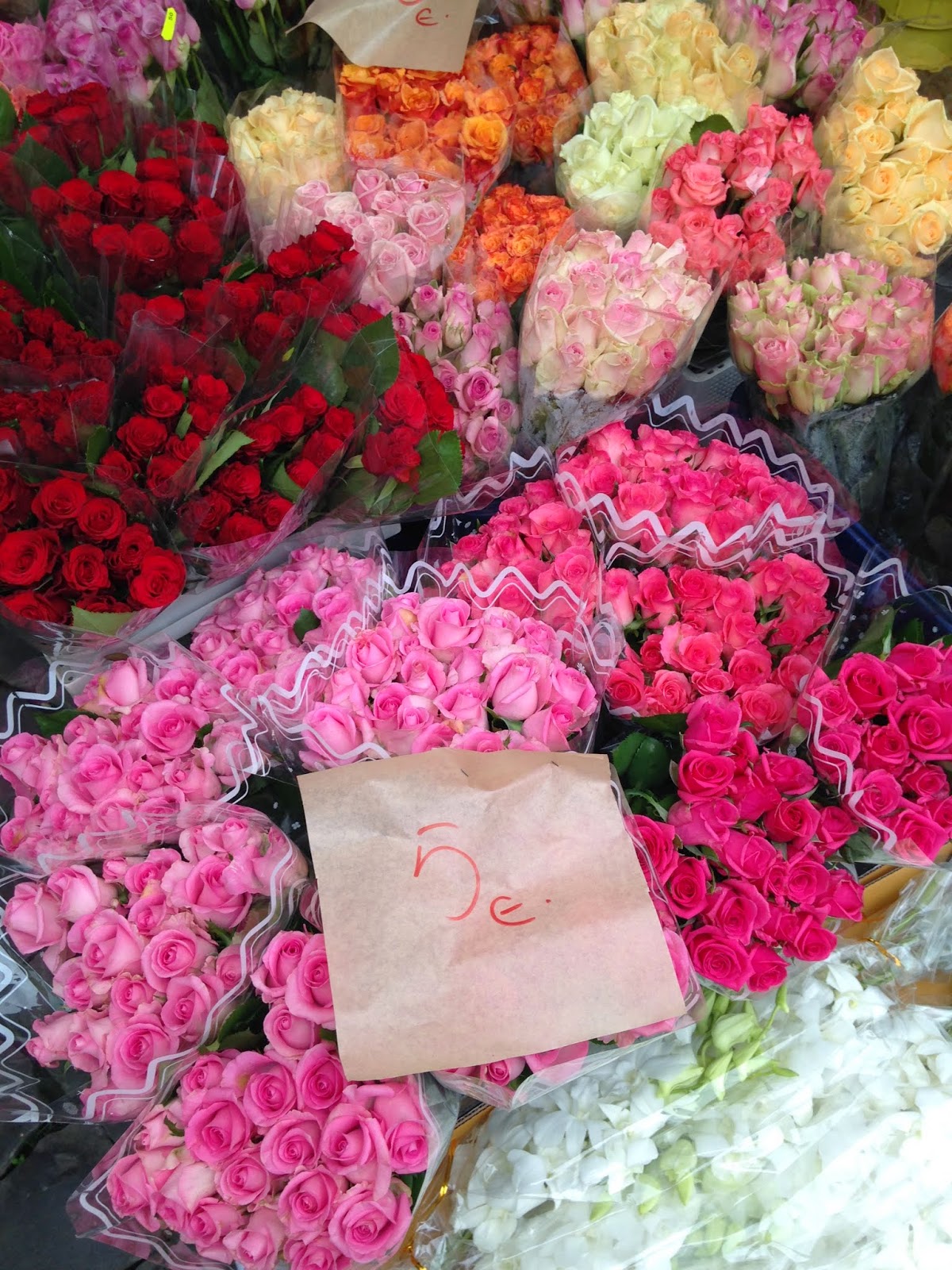 The Rock on which Orvieto sits is approx. 1 mile long by one half mile wide. Its surface is filled with structures more than one thousand years old. Alisa and I were desperate to see as much of it as we could, and gaze over its edge to the Umbrian countryside, an island among the verdant Italian landscape.. 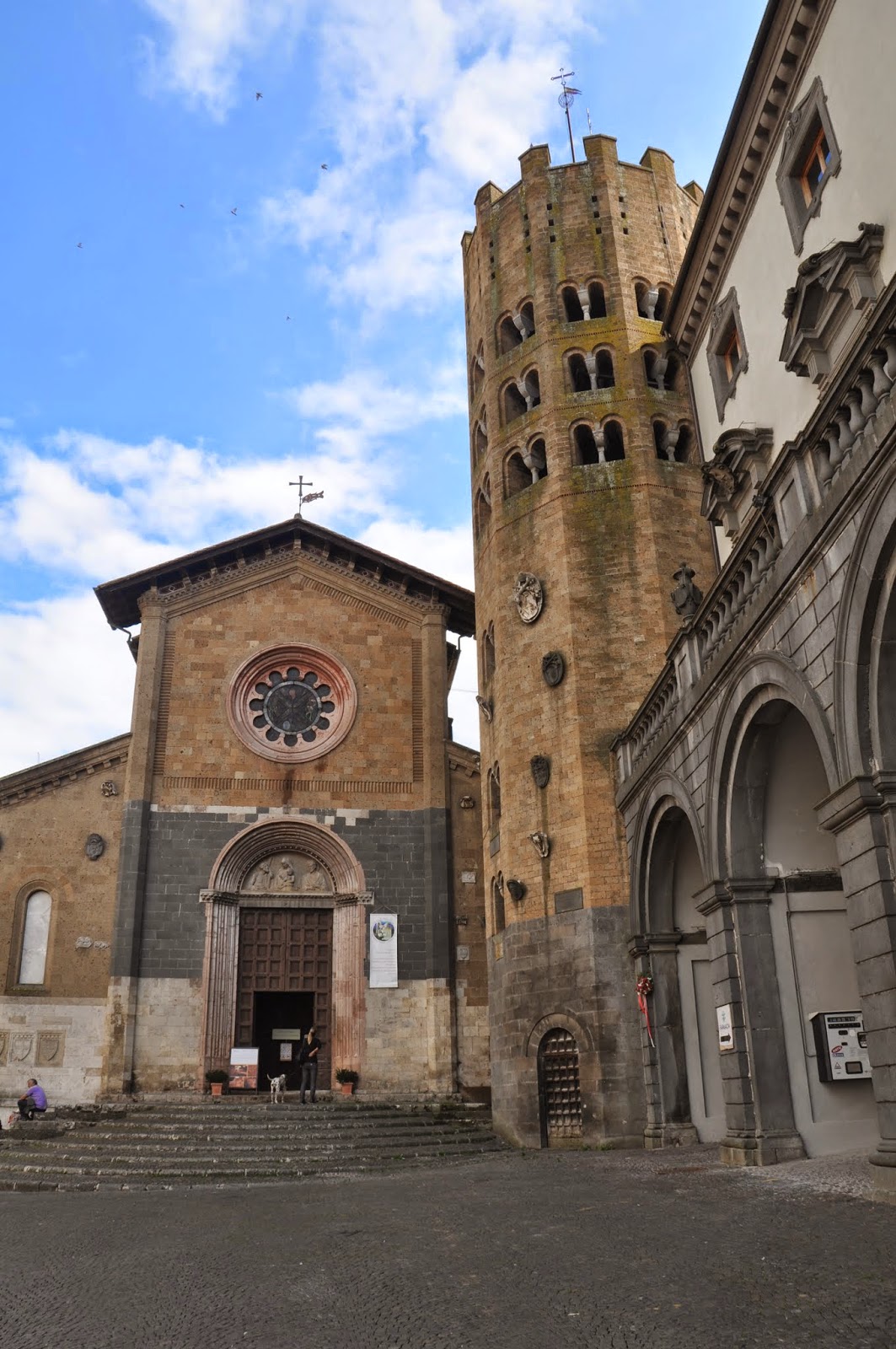 One must pass through the Piazza Repubblica to get to the main street extending the length of the city. This campanile or bell tower is unique and original to the Sant'Andrea church built in 12th century. 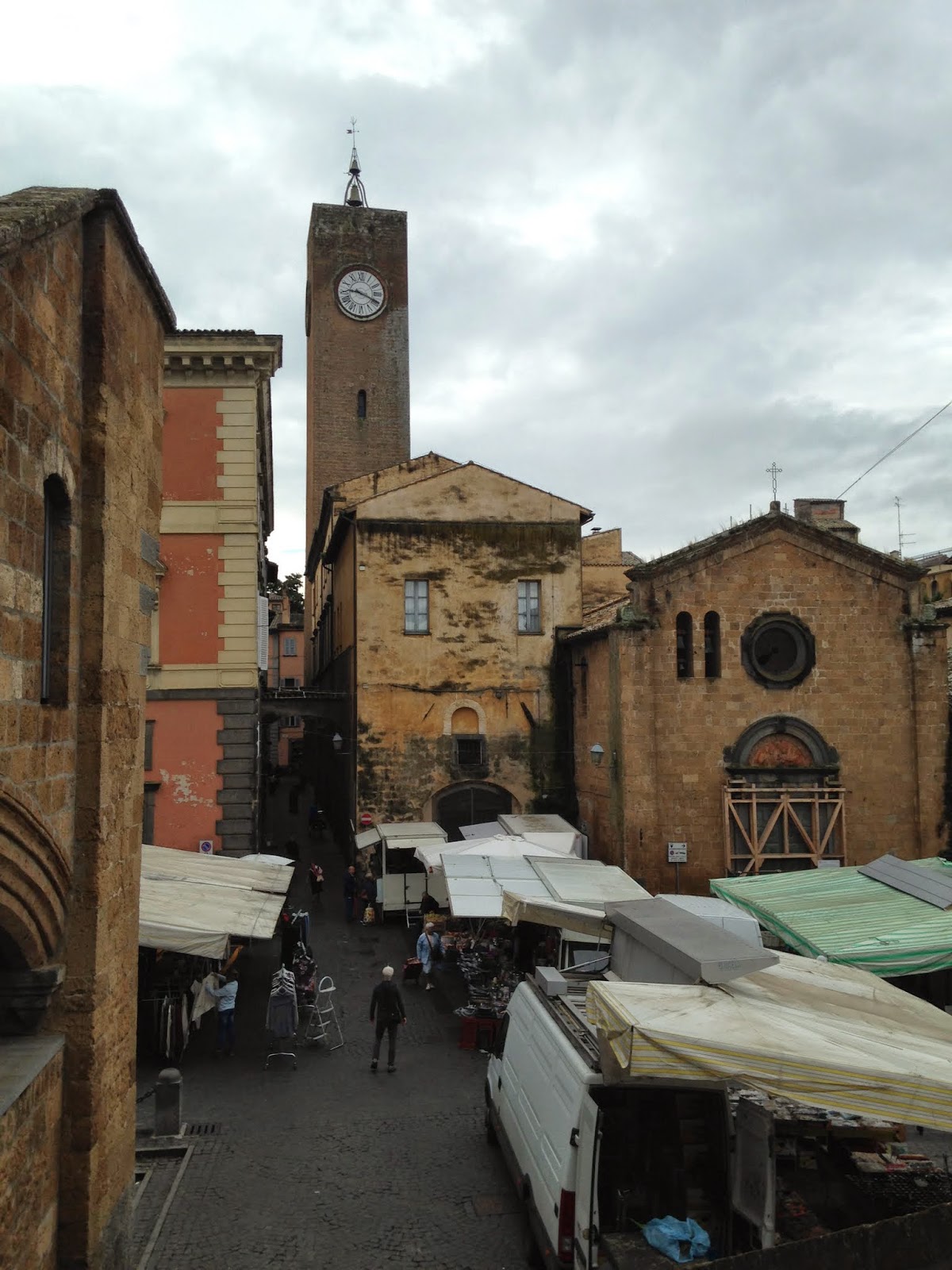 We started the day at the market, threat of rain... 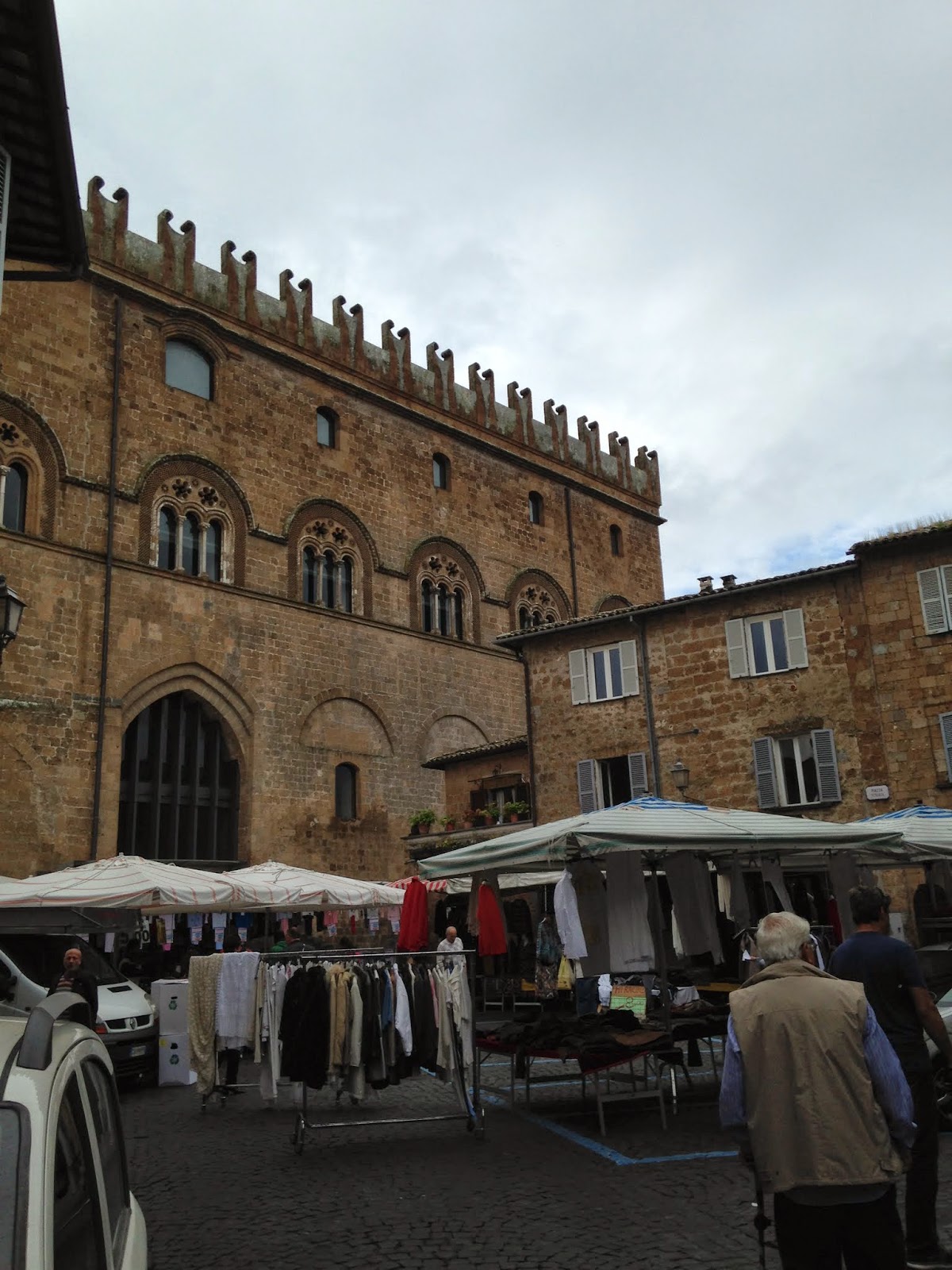 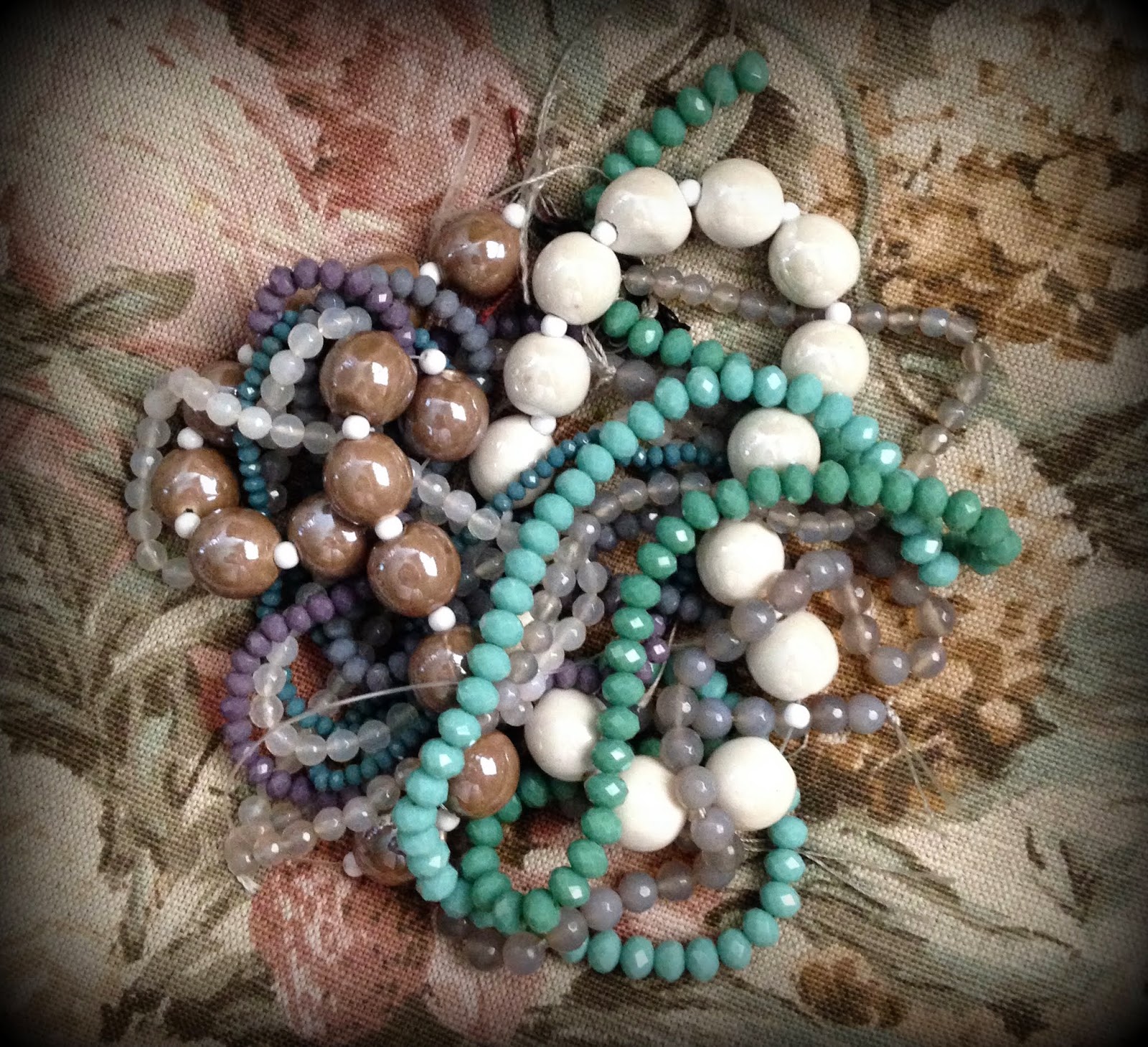 I di buy some beads from an Asian guy... 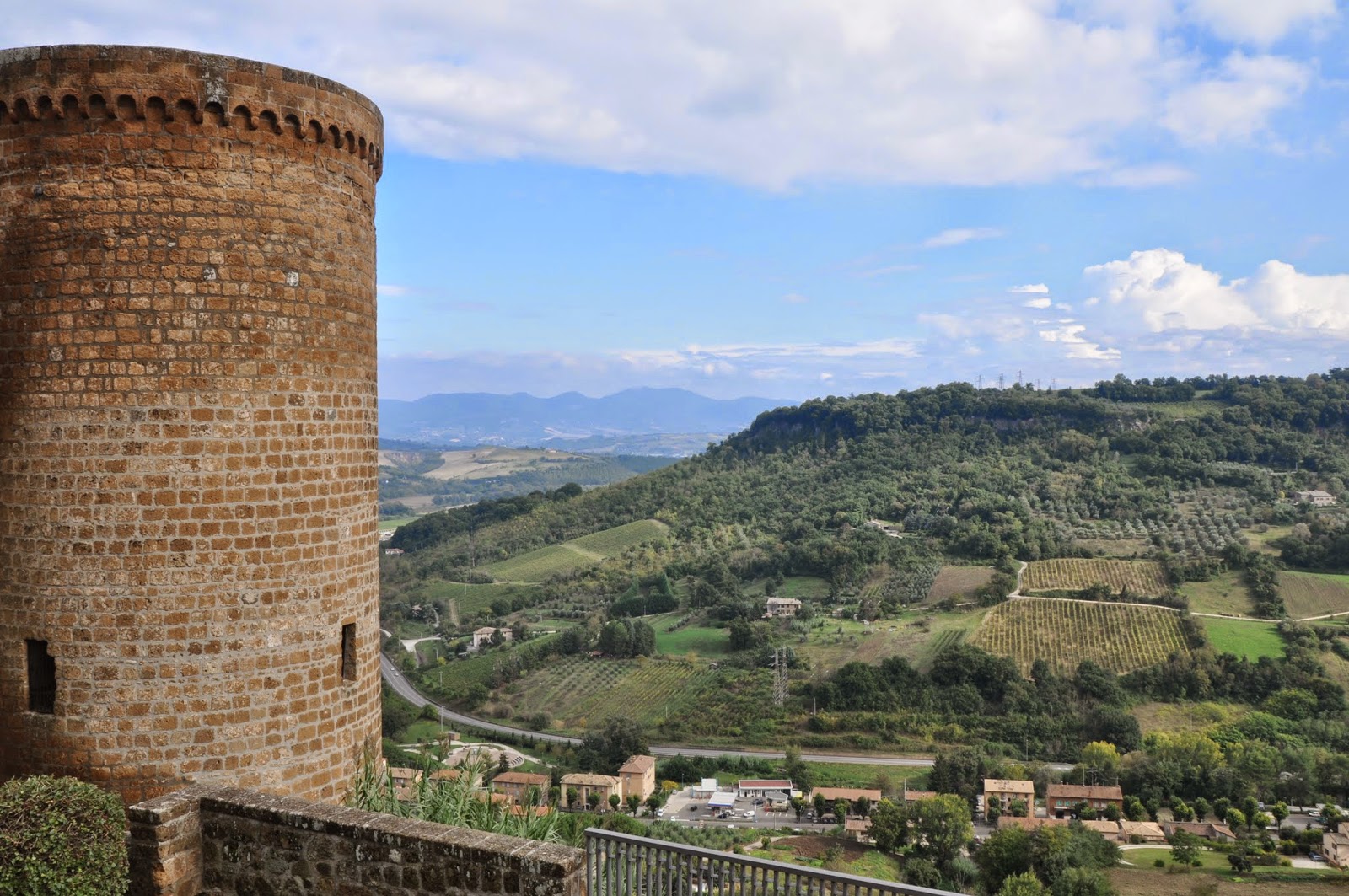 Instead of studio time, we chose to explore the east end of Orvieto near the train station to the Fortezza Albornoz..
Originally constructed in 1359 it was rebuilt in the 15th century to protect Pope Clement I who lived in Orvieto after the sack of Rome.
It has been rare for a pope to live outside Rome, a claim to fame still for Orvieto.
We raced up the Corso Cavour back to the convent to get transport to a vineyard. 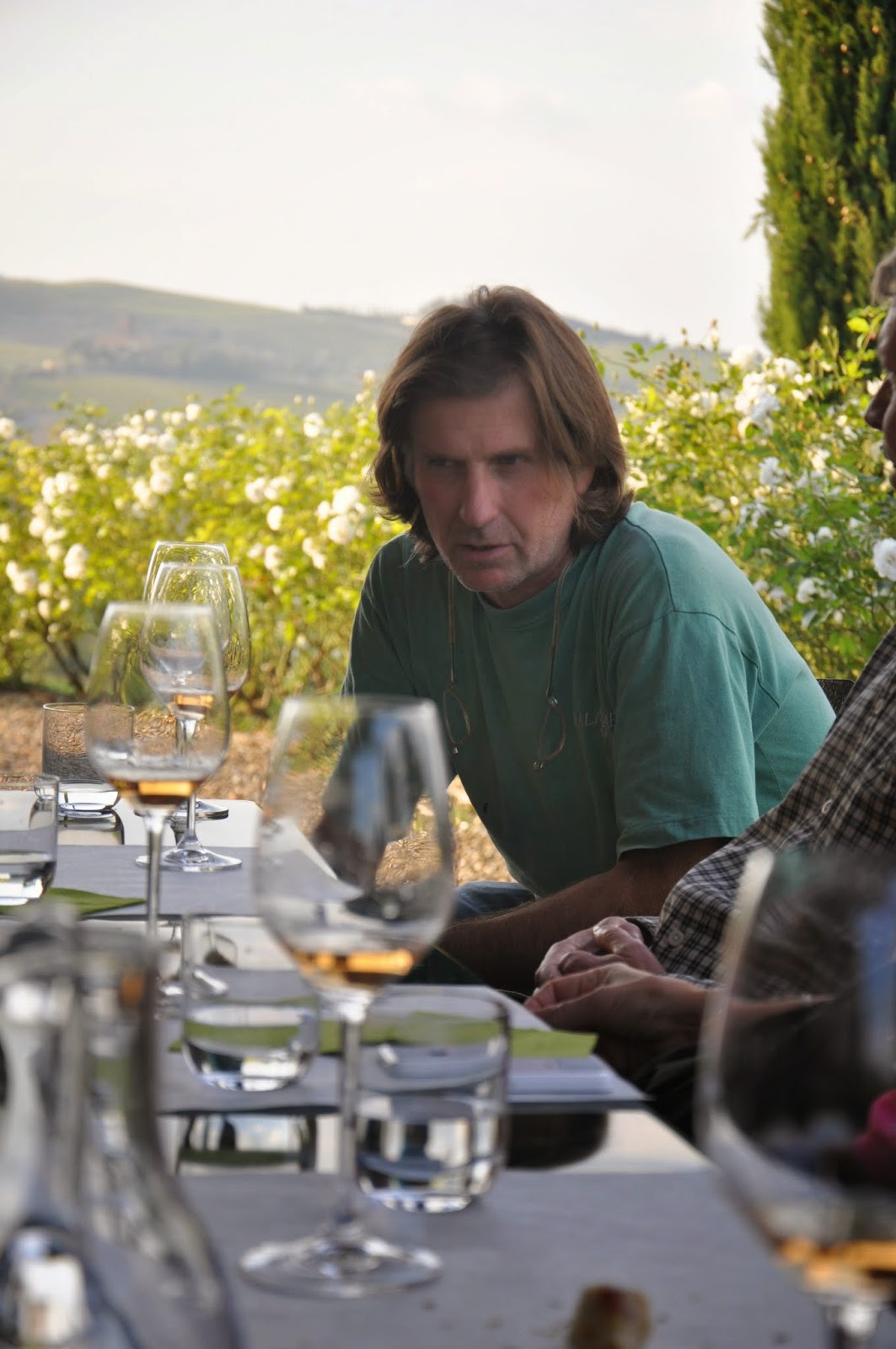 We tasted wines and snacked on breads admiring this view. 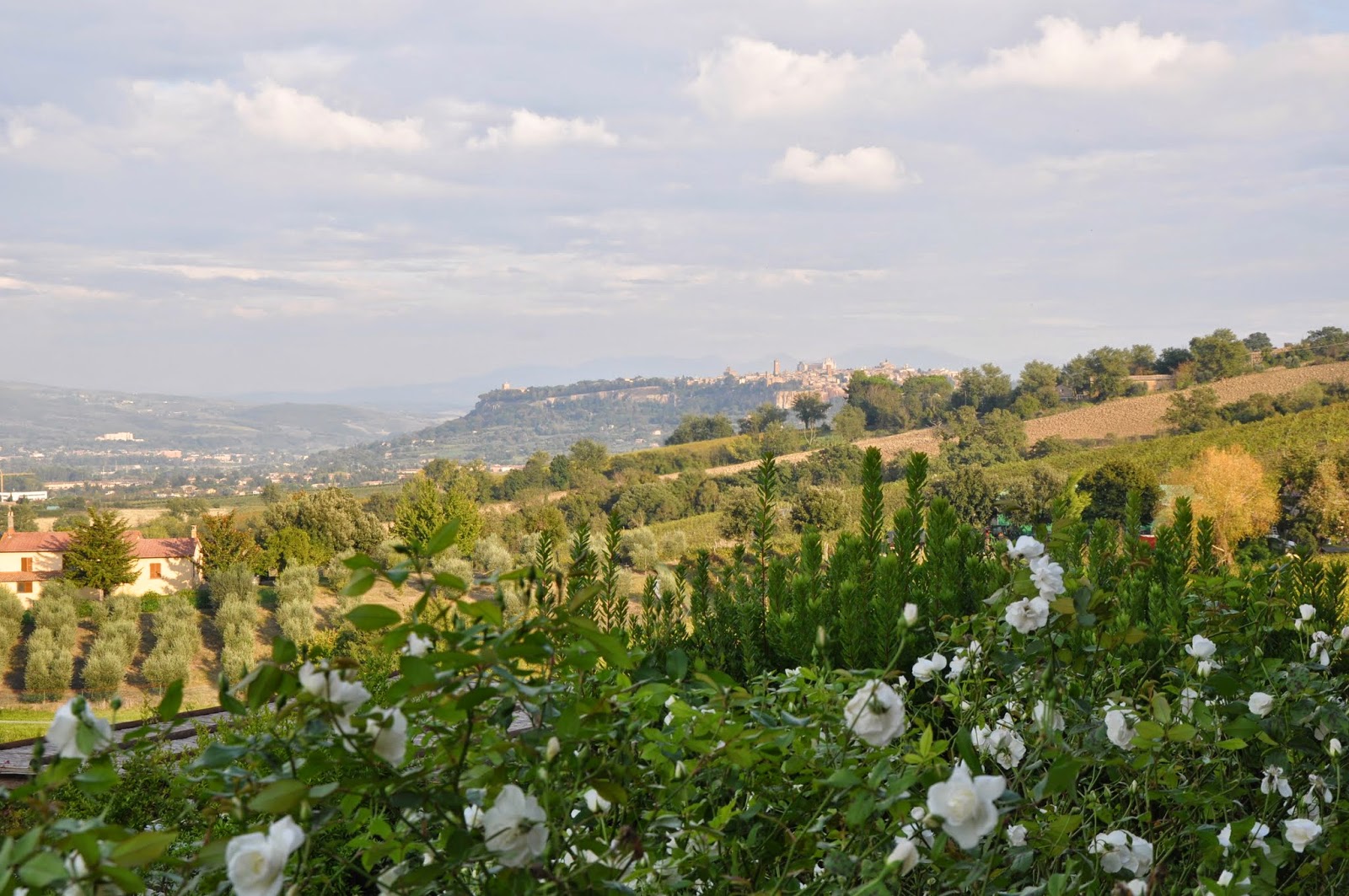 No,
this view back to Orvieto,
the mosaic façade of the Duomo gleaming. 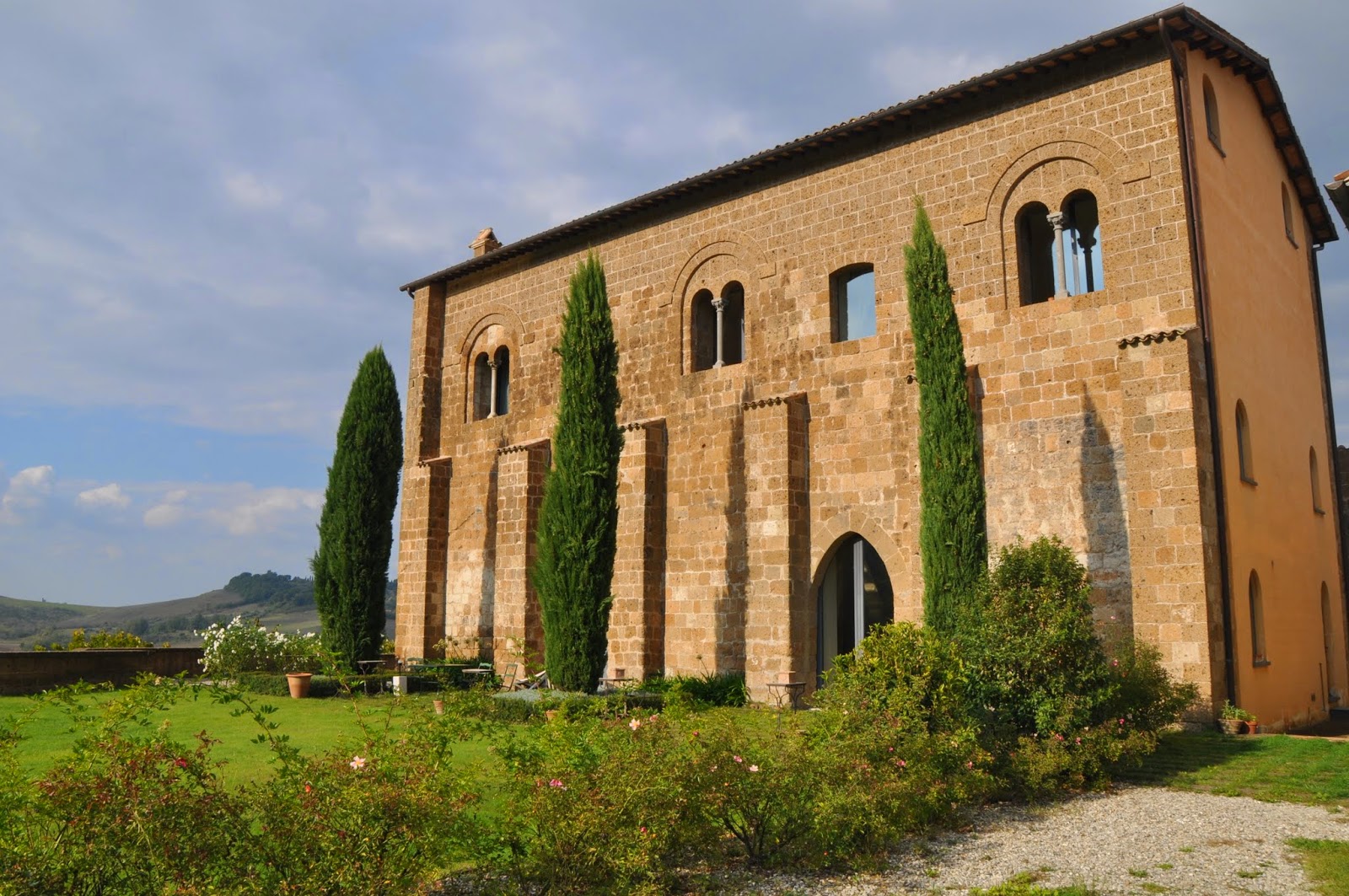 The Palazone vineyard has a bed and breakfast in a restored building, with a most deliciously designed interior... 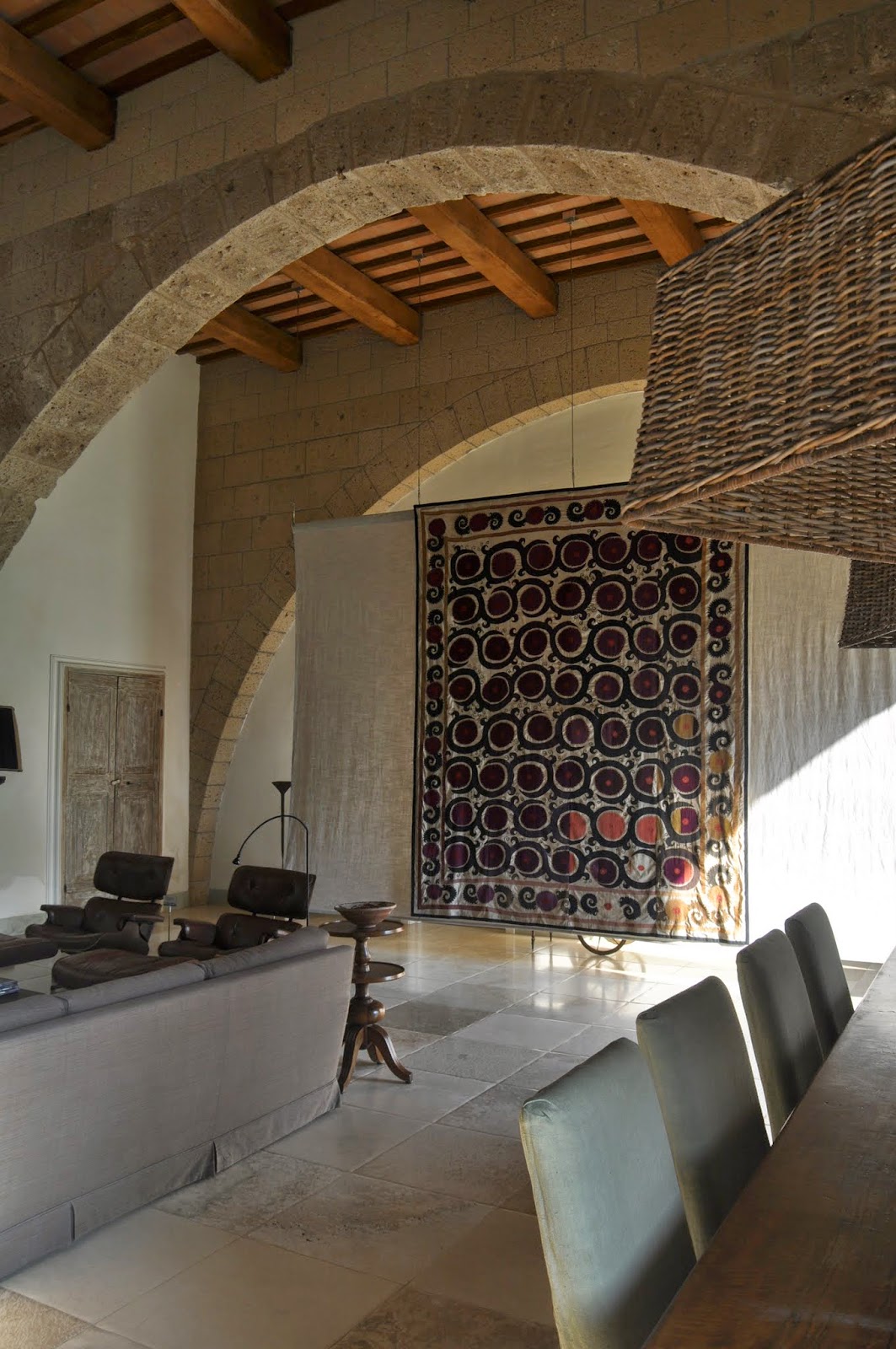 The vineyard before sunset. 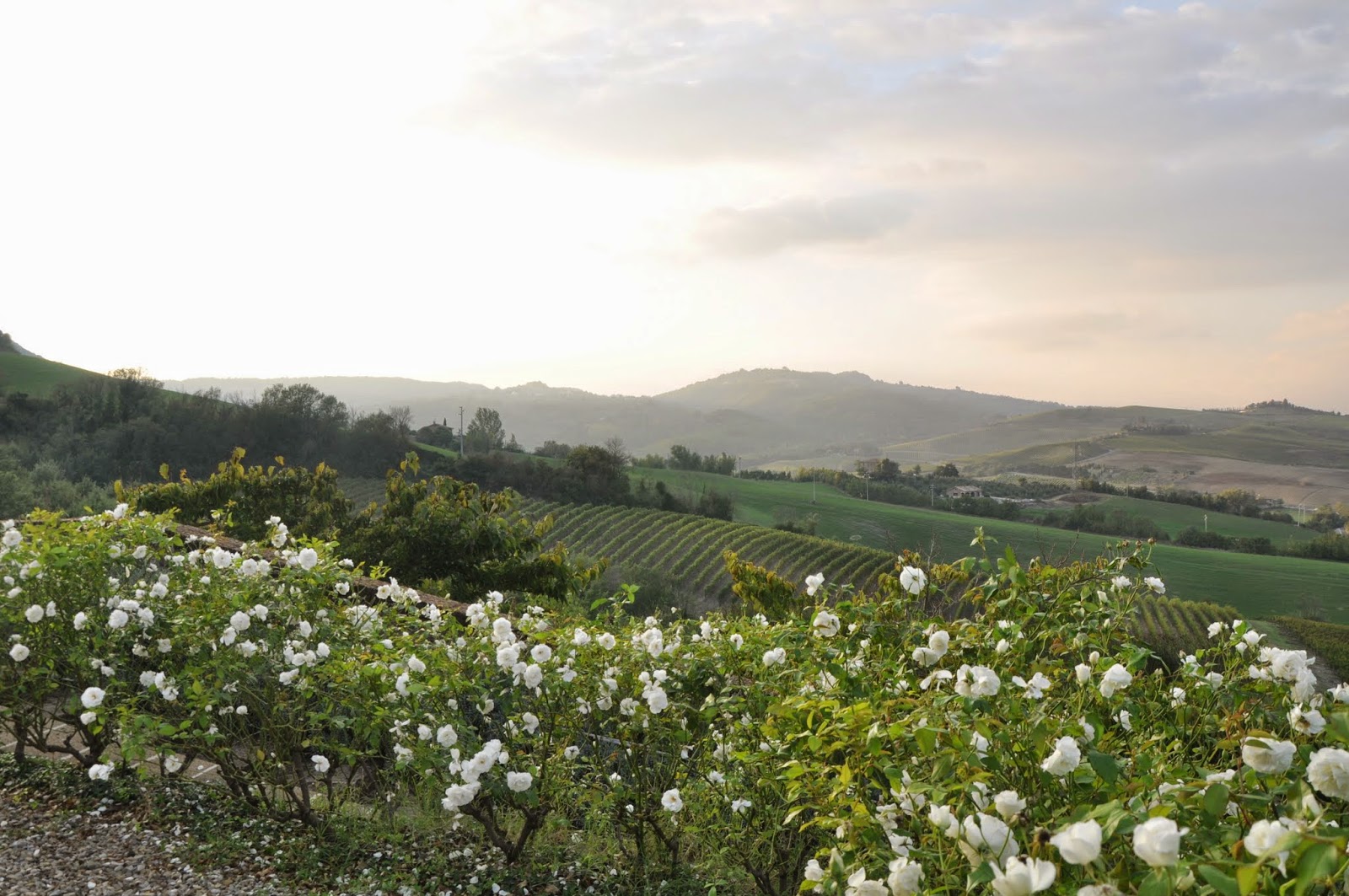 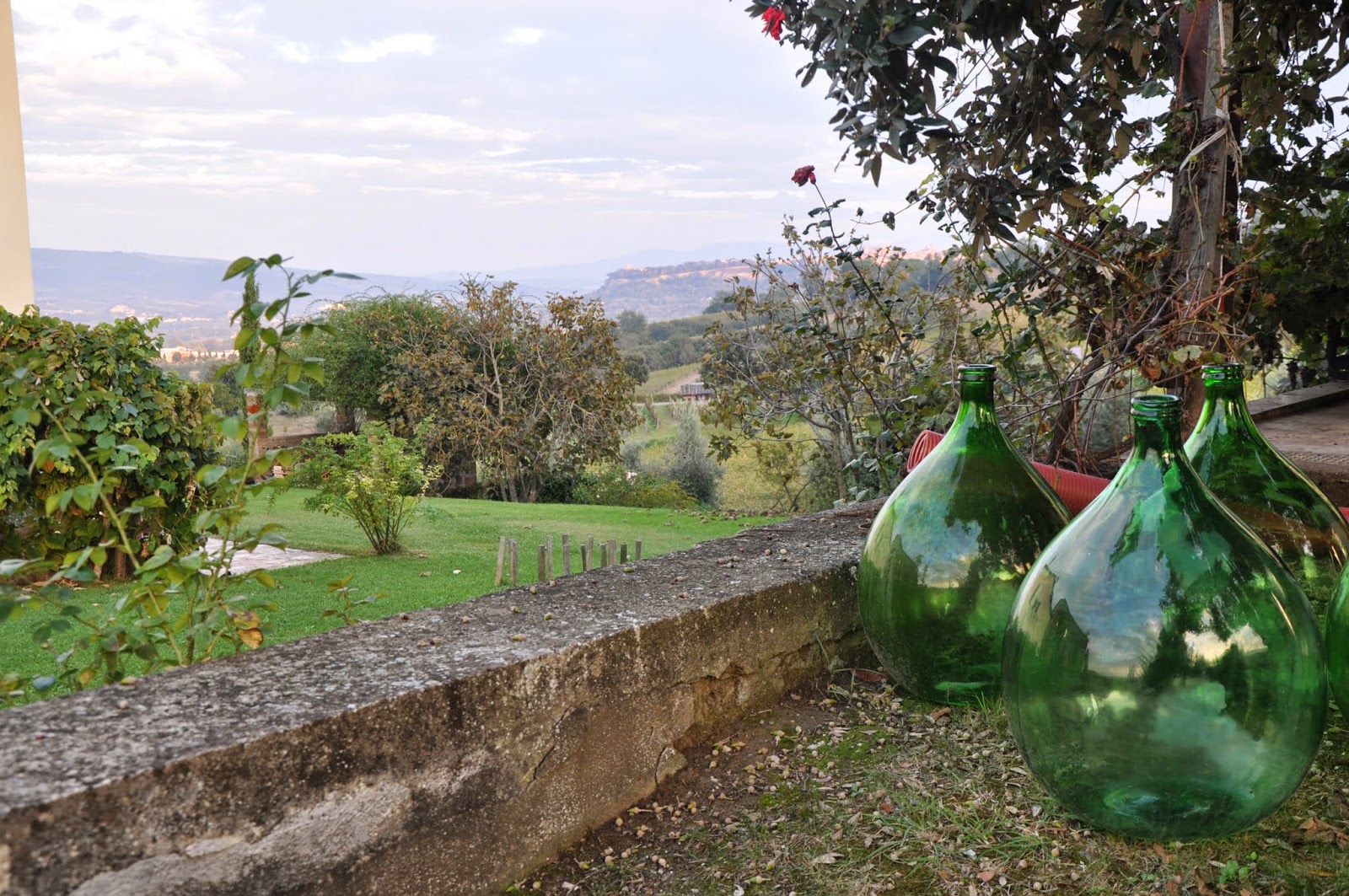 We purchased a bottle of Grek white wine from Palazone,
which was put to most good use the next and last day in Orvieto... 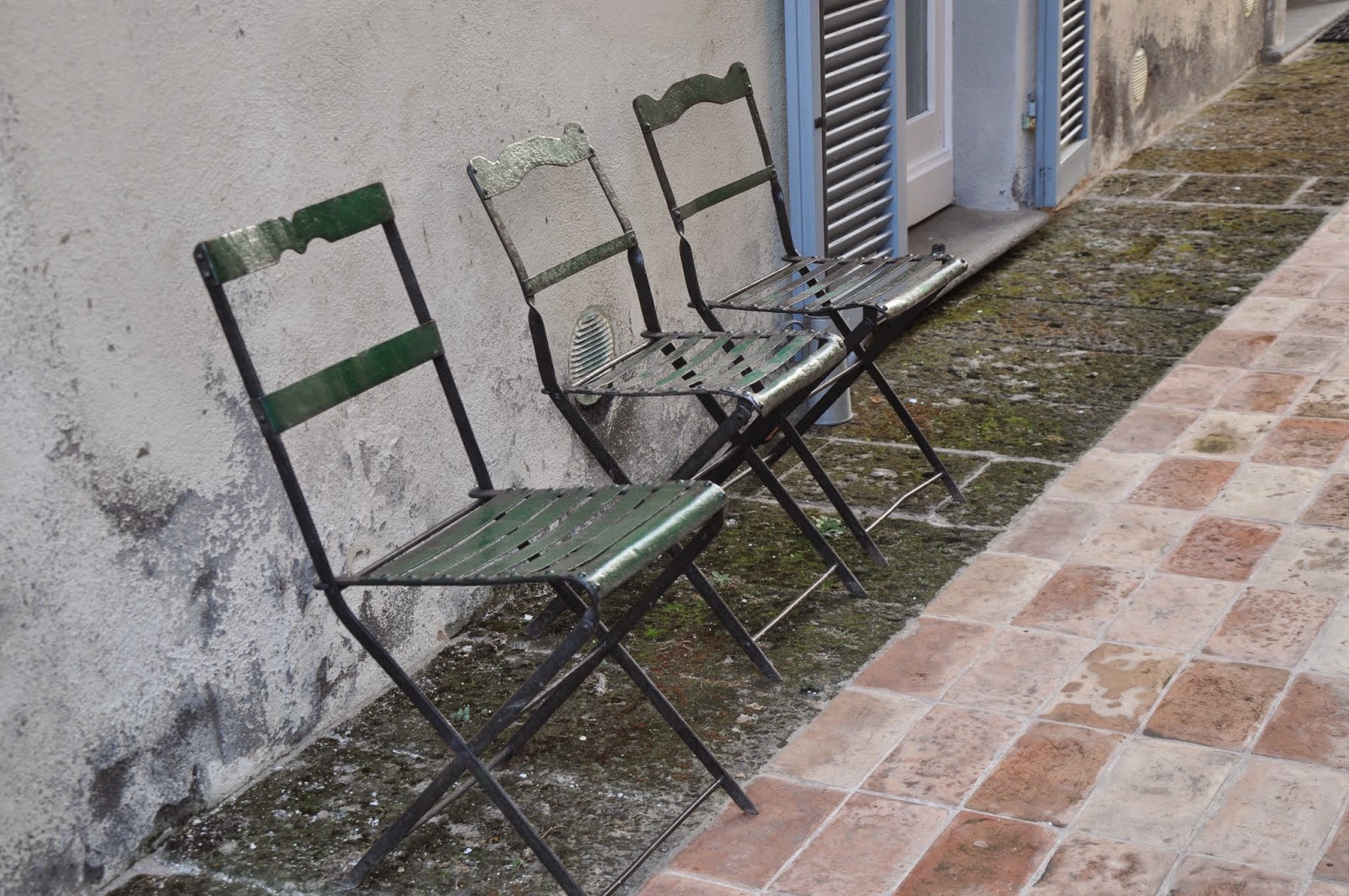